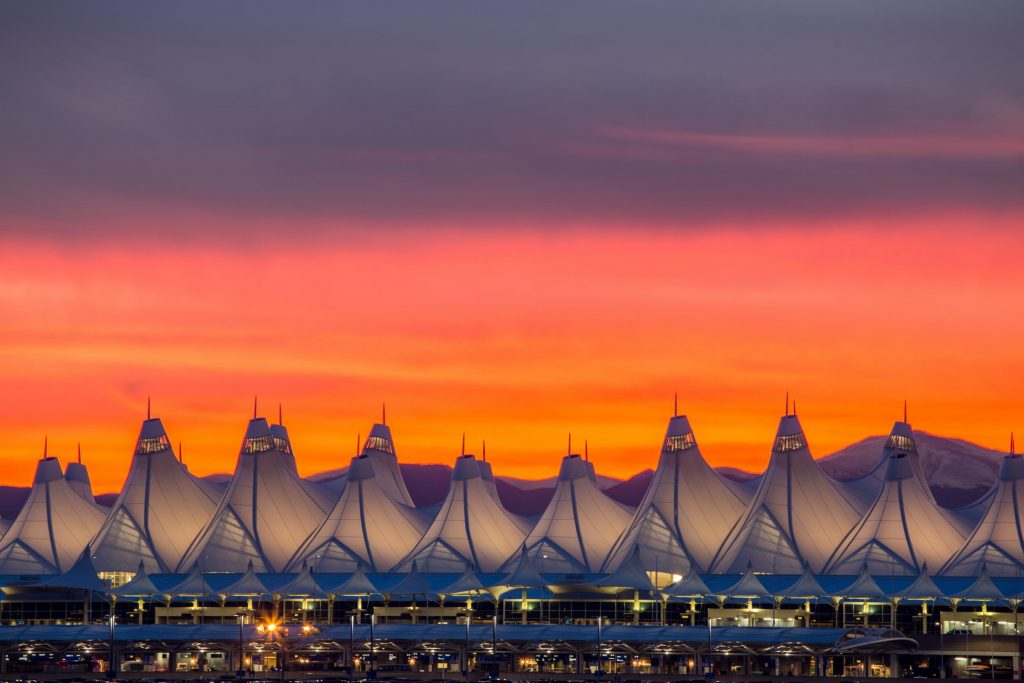 Denver International Airport, the largest of the 4 Colorado Rockies airports is 23 miles from Union Station train depot in downtown Denver. You can take the Denver Airport Train from the airport to Union Station.
The trip takes 37 minutes, makes 6 stops and costs $10.50 per person. You’ll want to take the A Line. Trains depart every 15 minutes during the day and every 30 minutes in early morning and late evening.
Car rentals are available from the airport but Denver has an excellent public transportation system so a car may be more trouble than it’s worth. 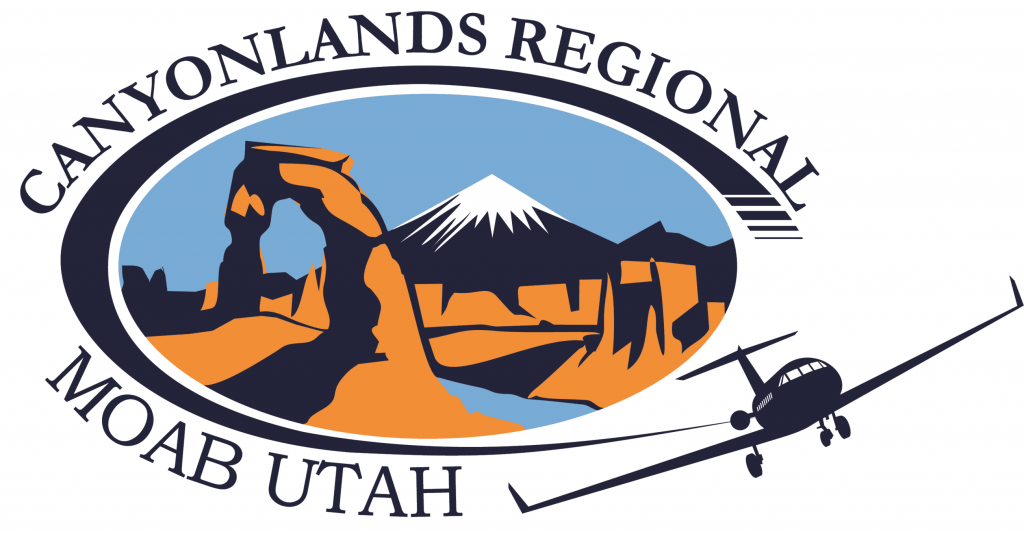 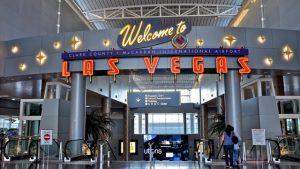 Las Vegas McCarran Airport is close to downtown and closer to the strip if that’s where you’re staying.
Probably the best way to get from the airport to downtown is by taxi. It takes less than 30 minutes to get to your hotel and will cost from $11-$20 depending on where you’re going.
All car rental companies are represented in Las Vegas and car pick up is about 3 miles from the airport by free shuttle

In 2020, the brand new Salt Lake City Airport opened. Its first airport, built in 1911, didn’t really take off (pun intended) until 1920 when the USPS began airmail service to Salt Lake City.
The new airport is 5 miles from downtown Salt Lake City and offers public light rail service via the Green Line of the TRAX system. One way fare is $2.50. Visit www.rideuta.com or call (801) RIDE-UTA
There is also a bike path between the airport and downtown as well as taxi service, shuttle service, hotel shuttles, Lyft and Uber. 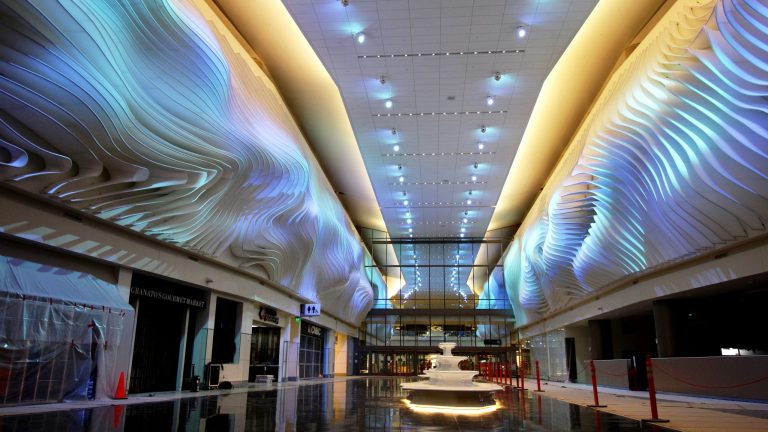 We have been selling train trips for 20 years and look forward to introducing you to this spectacular train trip through some of the richest scenery in the Colorado Rockies and Utah Red Rocks.

Most of the photographs on this website were taken by Tim and Carrie Cooney.

The “Climbing Cooneys” (Tim & Carrie) have been visiting Colorado summits for all 40 years of their married life. Tim finished all the 14ers in 1983 and Carrie finished in 1987. In 1995, they finished the 200 highest. In 2002, the 300 highest. On August 3, 2013 on Boreas Mountain, they finished the 584th and last 13er. Along the way, they took a lot of photographs and we are all the beneficiaries of their effort and skill. See more of their work here: